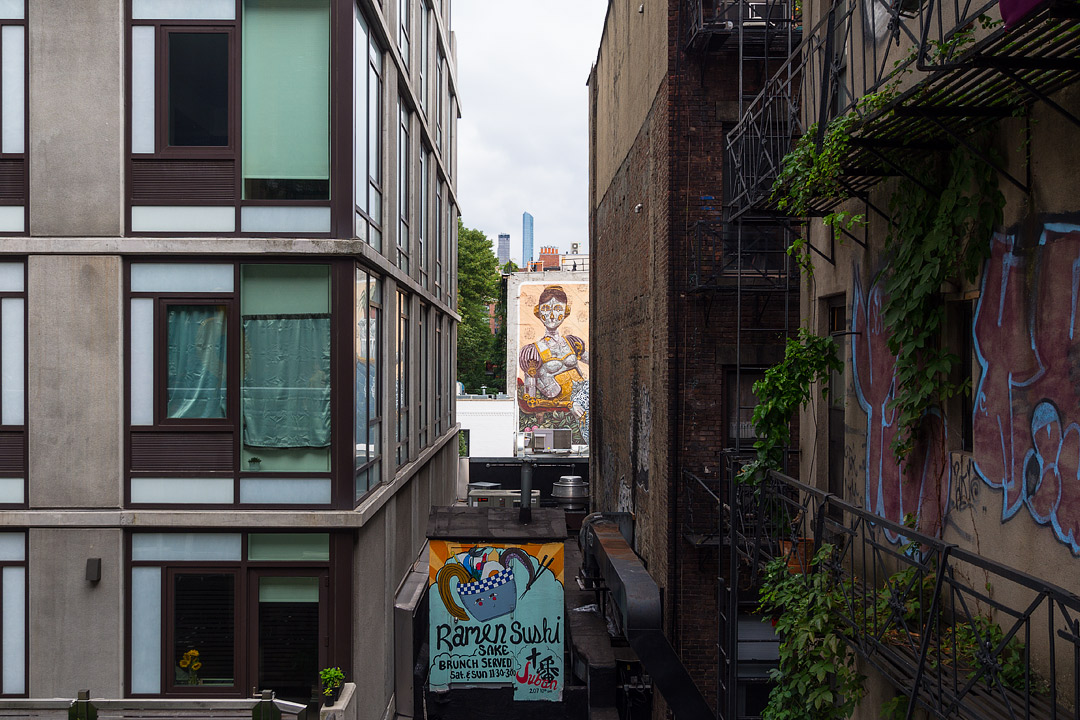 I used my small and light M.Zuiko 9-18mm lens to take this picture, from the High Line. And while walking around the High Line, I passed by an older woman, old enough to be my mother, carrying a DSLR with a really huge lens, probably a full-frame f/2.8 zoom. Obviously, I was very wimpy to complain that the M.Zuiko 12-40mm f/2.8 is too heavy when an older woman carries around a lens twice as big and heavy.

In Japan, where Olympus cameras are popular, the smallest Olympus PEN cameras are especially popular with women. This is not the case in the United States, where women more commonly gravitate to Canon DSLRs, and alternate brands like Olympus, Sony, and Fuji are disproportionately favored by men. (Hey, just an observation, don’t shoot the observer.)

This picture was taken from a crowded tourist area, the High Line park, so this alley has probably been photographed a huge number of times, making any photograph at best non-unique and at worst a cliché.

View all posts by Jackson Bart